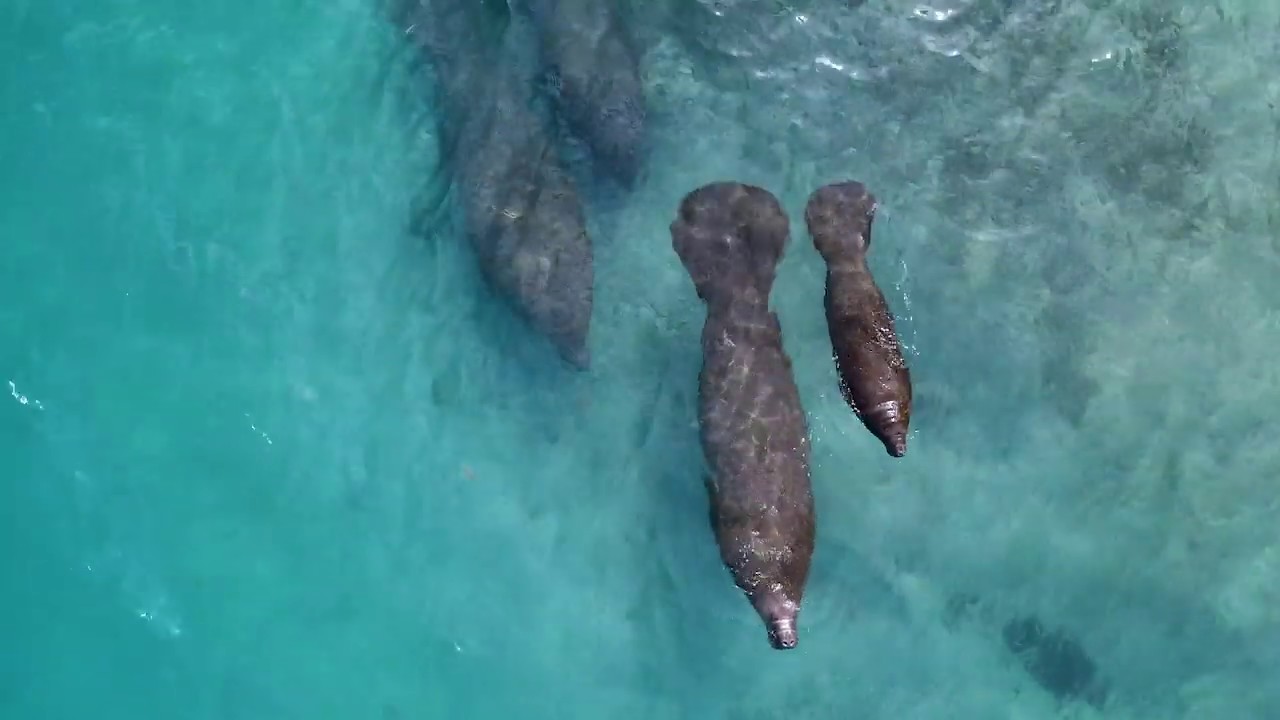 10 Great Spots for Snorkeling and Scuba Diving in Florida

Grab a map of Florida and you'll see why there are as many diving opportunities as there are 'gators in the 'glades. And, many of the best snorkeling spots in Florida are within a few hours' drive from just about anywhere in the state.

You could dive from places at the top of the state to the bottom of the Florida Keys -- and every place in between. Here's a roundup of the best scuba diving in Florida, as well as some of the top places to snorkel.

Whether you are a beginner or expert, you'll agree that some of the best snorkeling in North America is found on the coral islands some 70 miles west of Key West. Under the massive ramparts of Fort Jefferson and lying on a carpet of brilliant white sand is a myriad of colorful tropical fish and living coral.

The shallow waters make this area perfect for first time snorkelers. You'll see lots of colorful corals, several varieties of tropical fish, starfish, queen conchs and much more in this protected marine sanctuary. A great addition to your snorkel experience is a side trip to the Windjammer wreck. This 261-foot Schooner wreck, located just off Loggerhead Key, is divided into two main wreckage fields. The bow portion lies in an east-west direction and is approximately 110 feet in length. The midships, stern and main mast structure lies in a north-south direction and is roughly 110 feet in length. And it is home to thousands of tropical fish and spiny lobster.

This is a sea cow heaven. But leave your spurs behind; only fins are welcome here. The area is a major draw for manatees, which congregate in herds in the warm waters from November through April. This protected and endangered species can reach an average 10 feet in length and 1,000 pounds.

Only snorkeling is allowed in the posted manatee areas and harassing or chasing them is strictly prohibited. In fact, it's some of the best snorkeling in Florida, especially for wildlife lovers. Divers can experience dozens of freshwater springs that boil from the underground aquifer. The salty mix of Gulf waters create a marine environment that is nothing short of spectacular. You are also just as likely to find tarpon, snapper and redfish as you are to see large mouth bass and garfish.

This natural phenomenon is kind of like diving in a big bottle of spring water. Put a face mask on and you'd swear the fish are floating in air. The 72 degree freshwater spring is nestled on a 200-acre forest setting, is near the town of High Springs. It features campsites, a country store and bath facilities.

There are seven springs that flow into the tannin-dyed Santa Fe River, which is an endless source of fun when lazily floating on tubes above divers exploring the caverns below.

Devil's Den: Near the small town of Williston, this fern-draped sinkhole offers a unique geological setting and was actually once thought by early settlers to be the den of hell, as steam rising from the warm waters in winter does bear resemblance to its name. Divers know better, as do snorkelers who enter the open steps from this window above to enjoy the underground basin 60 feet below. The water's depths range around 50 feet but the cave systems are closed to divers.

Blue Grotto: Just about a stone's throw from the Devil's Den is the Blue Grotto, a large clear-water cavern. Open to divers of all skill levels, the maximum depth you can reach is 100 feet. A highlight to this site is the compressed air-supplied bell at 30 feet. You can enter and take the regulator out of your mouth mid-dive and talk to your buddy. This area is known as having some of the best scuba diving in Florida.

Gulf Stream-powered drift diving is the name of the game. The fast moving corridor of water brings a unique blend of excellent visibility, beautiful corals and a rich life source of marine estuaries that provide a breeding ground for marine life. Drifting effortlessly over mile after mile of spectacular coral reef and clouds of fish is like visiting an underwater zoo.

These fishy waters offer the diver more opportunities to interact with big critters such as sea turtles than just about anywhere else in the world. During the season between May and September, it is not uncommon to see a dozen or more of these big cruisers drifting alongside you and your buddy. It is also not uncommon when keeping your eye to the blue to see a shark or sailfish drift in; just remember you are on the migratory path of whales and other oceanic creatures.

Who would have thought that the beautiful beaches of this town were the favorite hangout for the toothy prehistoric choppers many eons ago? The ancient riverbed about a mile off Venice Beach is known as the "Shark Tooth Capital of the World."

For years divers have been grunging in the clear water finding enormous shark teeth. Some can actually bring in a few hundred dollars. But for most of us, to find a few for a keepsake pendant is worth the trip alone.

Just offshore within sight of the haute couture hotels that have captivated these beaches are a string of wrecks that appear to mimic the accommodations. In fact, that is exactly what these wrecks are - fish hotels.

An aggressive artificial reef program has sent dozens of wrecks to the seafloor, including three retired oil platforms called Tenneco Towers. The rigs are covered in corals and sponges and populated with schools of fish. Many of these wrecks are lined up stern to bow and stretch for miles. Miami's "Wreck Trek" is a cluster of sites that can be dived in a single tank - two if you want to see more. Sites include a 85-foot steel tug, two M60 tanks, the 110-foot Billy's Barge, Ben's Antenna Reef and dozens of 100-foot plus freighters.

Just off of Big Pine Key are the fabulous reefs of Looe Key. This 5.5-square-mile National Marine Sanctuary is a protected underwater ecosystem. It is an undersea oasis reminiscent of big reef structures found throughout the Bahamas; and was named after the HMS Looe, a British Man O' War that ran aground in 1744.

The wreck no longer exists, but the pristine reefs that lie within the sanctuary are a living coral system that features a high profile spur-and-groove coral configuration. The deeper reefs are an impressive collection of almost every type of sponge and soft coral found in the Florida Keys.

The colorful reefs and mind-numbing profusion of fish in Pennekamp Coral Reef State Park is reason enough to pack up the family wagon and head south. But if you are looking for some really big wrecks, the 510-foot Spiegel Grove at the Florida Keys National Marine Sanctuary may be the main attraction. Two other great wrecks not to be missed are the former Coast Guard cutters Bibb and Duane. Toothy fish like barracuda and oceanic jacks have made these sites their home base. You can see why this is known by many as the best scuba diving in Florida.

Pensacola: This military town has not only shaped the city's commerce, but its dive sites as well. Wrecks include the 500-foot World War I battleship, USS Massachusetts, the Russian freighter San Pablo, a Navy barge and an A-7 Corsair that fell off the deck of the carrier USS Lexington. You'll find Vietnam-era tanks and various other naval ships. USS Oriskany, a retired aircraft carrier, is another massive Pensacola artificial reef.

Panama City: The marine institute has sent ships, Navy scrap metal, pontoons, towers, bridge spans, tanks, hovercraft and even a Quonset hut to the bottom of the Gulf since the 1970's. Perhaps the most famous wreck is the Empire Mica, a 479-foot British tanker that was torpedoed by a German U-boat in 1942. It now rests in 115 feet of water 20 miles off Cape San Blas. 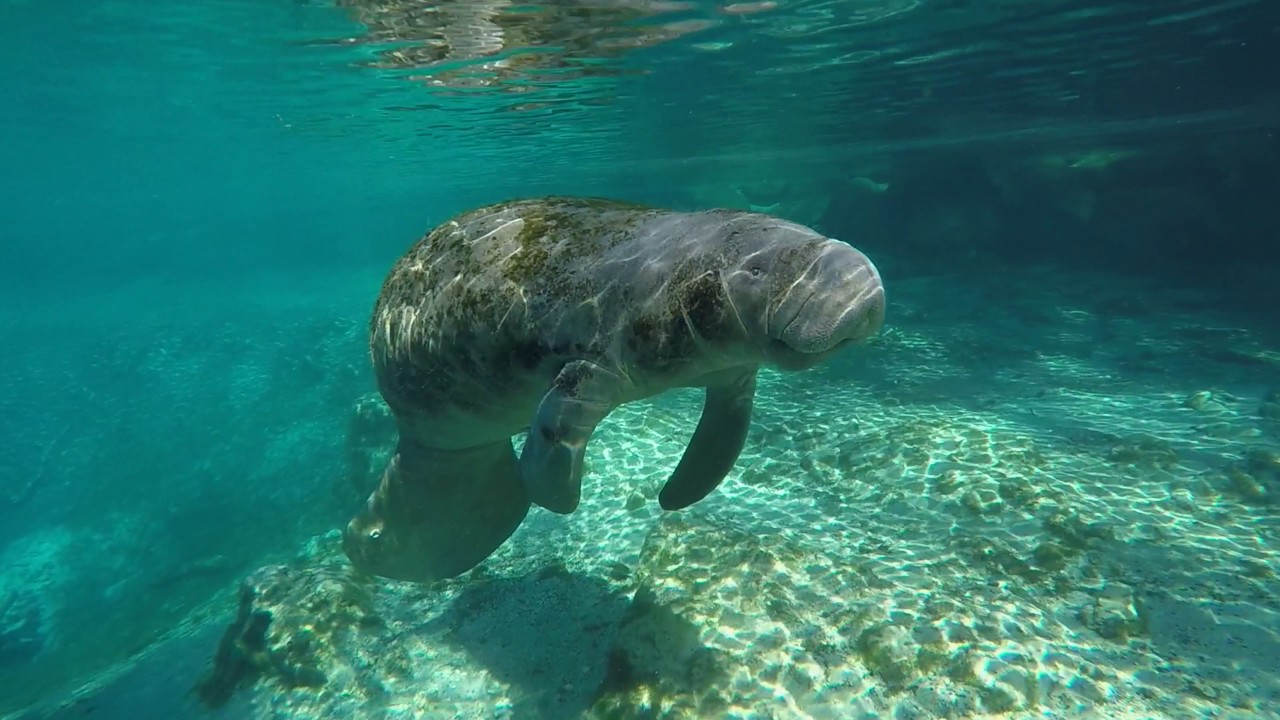